Players will only be allowed to participate with Total Futbol Club’s (TFC) organized leagues if one of the registration requirements below have been met:

Unless otherwise communicated, all participation fees must be paid in full by the first scheduled game, unless on a payment plan. Total Futbol Club will make an effort to collect past due fees as appropriate with the potential for removal of current and future playing privileges. Please remember that Not paying fees as indicated could result in increased playing costs for all players and the Club expenses.

After a player commits to a competitive/Travel team and completes the registration, the player is considered registered to the Club. Each player is bound to the Club for the entire seasonal year, which runs from July 1 of one year through June 31 of the following year. Families have the option of paying in full at the time of registration or choosing a payment plan which allows the total to be divided equally into 12 installments. The first payment must be made by the registration deadline. Each family is obligated to the full financial commitment, regardless of the choice made.

Registration of your child with Total Futbol Club does not guarantee a place in the Club’s Programs. As we do our best to give as many players the ability to play as possible, there may be instances where your child will be turned away. Such instances include, but are not limited to, the inability to create enough teams due to lack of players, inability to find a coach, late registrations, unsuccessful payments, and missing payment deadlines.

It is the policy of Total Futbol Club to refund registration fees paid in advance only if your player moves more than 50 miles from his/her primary residence prior to the start of the season or if the player is unable to participate due to a season-ending injury or illness as documented by a physician. Proper documentation is required to support any claim thereof.

No refund, credits, or fee transfers will be allowed for any other reasons.  If Total Futbol Club is unable to place your child on a team, a full refund will be issued. Conflicts with practice schedules are not grounds for refunds. Refund requests due to injury must be made within 2 weeks of injury or illness and must have a physician’s note included. There will be no reimbursements granted for any programming canceled due to weather or forfeits.

Total Futbol Club’s official apparel and equipment sponsor is Hummel. This relationship is critical to the success of both on and off-site programming. As such, all uniforms, training gear, cold weather gear, bags, and training should be Hummel branded. Players registered to TFC Developmental or Travel teams must purchase a uniform and training gear package at the beginning of the season from our Shop. Players are required to wear appropriate issued gear to each training session and game. There are no exceptions to this policy. Players are responsible for the upkeep of this gear. Continuing players will have the opportunity to reuse last year’s uniform if it is in the current style.

Travel uniform purchases happen on a 2-year cycle on odd years. New uniforms must be purchased on a 2-year cycle regardless of need. Uniform numbers will be assigned by the Club for Select and Travel programs.

Players are more susceptible to injuries during cold weather, particularly from pulled or torn muscles. Players should be encouraged to wear appropriate clothing to aid body heat retention yet afford adequate movement without creating a safety hazard. As a general rule, training programs will be moved indoors if the projected temperature (including wind chill) at the start of training is projected to be below 25 degrees Fahrenheit.

Total Futbol Club believes that every player who would like to play soccer should have the opportunity to do so. In order to welcome new members, the Club maintains a Team Size Policy. To ensure the placement of new players, TFC reserves the right to add players to a team roster in order to meet the minimum player requirement. For instance, if the minimum team size for a U6 team is 7 and your roster is at 5, TFC will try to add 2 additional players but cannot insure it. If you, as a team, fill your roster before the deadline, it is the coach’s decision on whether to accept more players beyond the team size minimum.

This does not guarantee, however, that the Club will be able to fill all teams to the minimum requirement due to limitations on the number of players that register within a geographic area, age group, or gender. Suggested team sizes reflect the number of players for a team to be most successful through the season. Coaches are obligated to accept players if their roster is under the minimum number found above. Once the roster meets the minimum requirement, it is the coach’s choice to accept more players. Note: Once rosters have been finalized and the coach has contacted everyone on the team, TFC will remove players only if requested by the parents and player.

Total Futbol Club finds it very important to make sure all players are playing at the correct level and being challenged just enough to help their development. Sometimes the coaching staff will find the best option to be moving a player to a new environment. If a player is moved this can result in an increase or decrease of fees for the remainder of the season or year. As soon as this move is approved by the appropriate technical director your player will be moved in the system and the fees will be updated according to the number of games and events left for the new team.

After a player commits to a team and completes registration with Total Futbol Club, the player is considered registered to the Club. Each player is bound to the Club for the entire seasonal year for competitive teams and full-year registrations, which runs from July 1 of one year through June 31 of the following year. Each family is obligated to the full financial commitment.
Total Futbol Club will not consider a request for a release from the program during the soccer year until that player has paid his/her entire financial obligations to the Club and team for the soccer year. If approved, all fees for the entire seasonal year must be paid in full before the release can be authorized. This will include a reasonable estimate for coach travel expenses, any other fees that might be due after the player has transferred from the team as well as a $50 club-processing fee. Players receiving financial assistance will not be released during the seasonal year unless they pay the full expenses associated with the year, including any portion of granted assistance.

Guest Playing Outside the Club

Players in Total Futbol Club must ask for permission from the appropriate coach to participate in outside events with other clubs. The technical staff wants to make sure players are getting enough rest and are fulfilling the training to game ratio that has been set forth at the beginning of each year. To manage the players’ development and time on the field, the directors will approve or not approve the request. If the request is approved, the director will need to fill out guest player paperwork and provide the player pass.

Total Soccer Club reserves the right to use photographs, video, voice, and likeness of players, parents, coaches, and referees participating in our programming without compensation. The media obtained by Total Futbol Club may be used on our website, social media, publications, and etc. By participating in Total Futbol Club, members agree to the following statement:
I grant Total Futbol Club and Total Soccer Arena, and their respective successors and assign the perpetual worldwide and royalty-free rights to use my child’s voice, photograph, and likeness in any media related to my performance in or observation of the club including, without limitation, a videotape recording of such programming without compensation to me, or my personal representatives, assigns, heirs, children, dependents, spouse, and relatives.

Procedures for Parents and Coaches

Bullying is defined as conduct, gestures or comments which are insulting, intimidating, humiliating, hurtful, malicious, degrading or otherwise offensive to a player, group of players and/or teammates, and which create a hostile or intimidating environment, or which negatively affects a player’s physical and/or emotional well-being. Bullying is any written, verbal or physical act, or any electronic communication, whether it is a single incident or a series of incidents that results in intentional pain and distress to the victim.

Total Futbol Club (TFC) is committed to providing players a fun, positive, and secure environment in which to learn and enjoy the game of soccer. We do not tolerate bullying at any practice, game or other TFC event. Anyone who knows that bullying is taking place is expected to report the incident. Players and parents should be assured that they will be supported when bullying is reported.

A child may indicate he or she is being bullied through various signs and symptoms. While some children are prone to report bullying to their parents, coaches or adults, others will not, due to fear, intimidation or other factors. Coaches and parents should be aware of possible signs indicating that bullying may be taking place. These signs and behaviors could indicate other problems, but bullying should be considered a possibility and should be investigated. 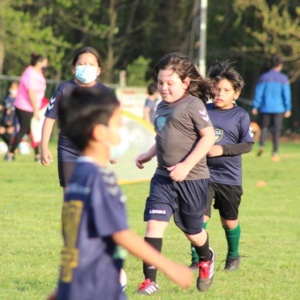 Tot Soccer focuses on helping kids develop their large motor skills through skill demonstrations and entertaining games like Bugs in the House! These games build skill and self-esteem and prepare tots to start running and kicking – just like the big kids! Tot-Soccer classes are 60 minutes long and meet twice per week. Click on the link below to register!!!!